Moving beyond 'Smart-only' Cities towards Humane, Sociable, and Cooperative Cities by Rethinking Cities as Self-aware and Hybrid Cities

There are many visions about the City of the Future, sometimes colorful illustrated as in the pictures shown below. But do they communicate what we are actually looking for? 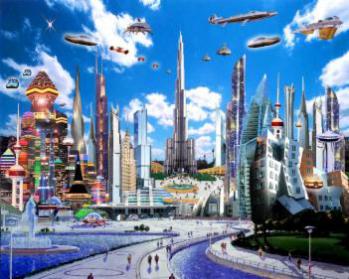 What we need is a vision that reconciles humans and technology and, of course, also ecology. (the latter is very important but is not the focus of the research carried out in this context.)
In short, we argue for a city where people enjoy everyday life and work,have multiple opportunities to exploit their human potential and lead a creative life.
We call it “The Humane City”.
The issues we are concerned with now are (besides the economic, political and social issues)

The application of information technology in the context of future cities is often indicated by notions of Smart Cities or Ubiquitous Cities (u-cities). They are defining a new area for the application of concepts and developments in Ambient Intelligence and Ubiquitous Computing. In a way, it is a natural consequence of extending the scope of work on smart rooms and smart and cooperative buildings to the next level addressing, e.g., public spaces but, in the end, covering comprehensively all activities related to living and working in an urban environment.

The complementation of a "traditional" real city with an additional digital city layer results in what we call a "hybrid city". The transition and transformation of a traditional city into a "smart, but cooperative city" and its goal-orientation to act and present itself as a "humane, self-aware, sociable and cooperative" city is illustrated in the figure below.

For more details of our approach of Moving Beyond 'Smart-Only' Cities in the context of  Redefining the 'Smart-Everything' Paradigm, see the papers cited below (Streitz, 2019, Streitz 2021).

A very interesting special case of an urban environment is an "airport" and the way to transfrom airports into "smart airports" because they show most of the relevant basic issues in a very concentrated and focussed manner.

But there is more to it. It reflects the motivation of contributing to finding solutions to the problems we are confronted with in a new era we are living in, called the Urban Age. Already by the end of 2008, half of the world population lived in urban areas and this trend will continue. By 2050, 70 % of the world population will live in cities.

Along this line of argumentation, Urban Life Management was proposed as an umbrella scenario that helps to formulate appropriate research lines in the context of writing the "white paper" (already in 2009) on identifying deficits and future research agendas in these areas. As part of this work, the concept of a Hybrid City was proposed by Norbert Streitz. A Hybrid City consists of a real city with its physical entities and real inhabitants and a parallel virtual city of counterparts of real entities and people. Nevertheless, there will be no complete match between real and virtual entities. Thus, we can state that there will be a continuous dimension with “real” and virtual” as its end points as indicated in figure 1 below. The other two dimensions that we find useful are the distinction between “local context” and “global context”, on the one hand, and between “individual activities” and “group/social activities” on the other hand. 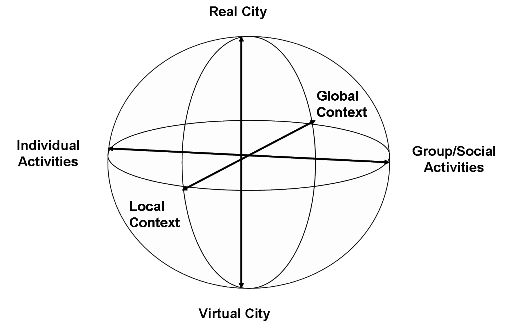 Fig. 1 Key Dimensions of Humane, Hybrid Cities (there are more but not depicted here)

These three dimensions are in a next step then combined with the property of "smartness" which can be present at different levels resulting in the notion of a Smart City.

The following issues were raised in the first version of the "white paper":

or in other words

This can be analyzed and has to be investigated from the following two perspectives:

While formulating it as two perspectives, it should be clear that they are not independent; but it helps also to identify the different user needs depending on who are the users:

Examples of how the smart or hybrid city of the future could operate are: taking care of its individual inhabitants by offering personalized services (e.g. for leisure, shopping, administration but also for security and health), providing optimized opportunities of transportation by combining various sources of traffic information at the same time and integrating different means of transportation, providing opportunities for the involvement of people in the community, e.g., by matching people on the basis of common interests and suggesting common activities or in other words: offering multiple opportunities for social engagement in order to be an active part of society.