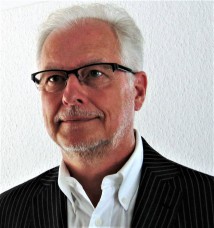 Dr. Dr. Norbert Streitz (Ph.D. in physics, Ph.D. in Cognitive Science) is a Senior Scientist and Strategic Advisor with more than 35 years of experience in information and communication technology. He is the founder and scientific director of the Smart Future Initiative (SFI) which was launched in January 2009.

1987 - 2008: Norbert held different positions as Division Manager and Deputy Director at the Fraunhofer Institute IPSI (previously GMD-IPSI) in Darmstadt, Germany. At IPSI, he did research in multiple areas (e.g., Human-Computer Interaction, Hypertext / Hypermedia, CSCW, Ubiquitous Computing, Ambient Intelligence) and initiated and managed the corresponding research projects. A prominent example is the work of the research division "AMBIENTE - Smart Environments of the Future" founded by him in 1997. He and his team became well-known for the development of Roomware®, the integration of walls and furniture with large displays and information technology requiring new interaction paradigms. The Roomware components were developed in close cooperation with industry and won several design prizes and research awards. During his time at IPSI, he was also a lecturer affiliated with the Department of Computer Science of the Technical University Darmstadt for more than 15 years.

1978 - 1986: Norbert was an Assistant Professor at the Psychology Department of the Technical University Aachen (RWTH), Germany, teaching and doing research in cognitive science, cognitive ergonomics, human-computer interaction, expert systems including basic research on memory and perception, dual task performance, problem solving and knowledge representations. This work was carried out by the ACCEPT Research Group (AaChen Cognitive Ergonomics ProjecT) which was founded and headed by him. During this time, he got his second Ph.D. (in psychology with a focus on cognitive science) from the Technical University Aachen (RWTH) in 1985.

Before joining RWTH Aachen, he did research in theoretical physics (general relativity theory, differential geometry and elementary particle physics) and got his first Ph.D. (in physics) from Christian-Albrechts-University, Kiel, Germany, in 1976.

At different times of his career, he was a post-doc research fellow at the University of California, Berkeley, USA, a visiting scholar at Xerox PARC, Palo Alto, USA, and at the Intelligent Systems Lab of MITI, Tsukuba Science City, Japan.

He is regularly asked to present keynote speeches and tutorials at scientific as well as commercial events. An overview (since 2009) of his keynotes and appointments as conference chair can be found here.

Norbert has published or co-edited 36 books/ proceedings, 2 special issues of journals and authored/co-authored about 170 papers presented at peer-reviewed national and international conferences and in journals or as invited book chapters.
An overview of most of his publications and their citations can be found at ORCID, ResearchGate, Google Scholar (h-index = 41, i10-index = 80, and 7600+ total citations).

Norbert is an elected member of the CHI Academy,
an award honoring "individuals who have made substantial contributions to the field of human-computer interaction. These are leaders of the field, whose efforts have shaped the disciplines and/or industry, and led the research and/or innovation in human-computer interaction". It is granted by the world's largest association of experts in this field, the ACM Special Interest Group for Computer-Human Interaction (ACM SIGCHI). Norbert is one of the very few Germans receiving this award.

After his work in cognitive science (1977-1983), Norbert became interested in human-computer interaction (HCI) since 1984 and helped to establish the corresponding area of "Software-Ergonomics" in Germany,

He contributed to a wide range of HCI issues with a strong commitment to real interdisciplinary work. His teams had backgrounds in computer science, psychology, ergonomics, engineering, design, architecture, sociology, and economics. Early work with his ACCEPT group investigated mental and conceptual models for designing user-centered systems grounded in a cognitive ergonomics approach. After moving to IPSI, he engaged in the field of hypertext/ hypermedia (many years before WWW). Starting in 1988, he and his team developed the cooperative hypermedia authoring and presentation system SEPIA (Structured Elicitation and Processing of Ideas for Authoring). In 1993, the CSCW perspective was extended by different versions of the local and distributed electronic meeting room system DOLPHIN.

Norbert is best known for the innovative and trademarked Roomware® components (interactive and connected walls, tables, chairs, lecterns) and the BEACH software realizing new interaction paradigms, altogether constituting i-LAND (interactive Landscape for Creativity and Innovation). With i-LAND, Norbert and his team created in 1998 a truly ubiquitous computing environment serving as the blueprint for future Smart and Cooperative Buildings, also winning several design prizes and research awards, especially for the second generation of Roomware developed in close cooperation with industry.

As a pioneer in ubiquitous computing and ambient intelligence, Norbert was instrumental in defining the EU-funded proactive initiative “The Disappearing Computer” (2000 – 2004) with 17 projects, chaired the DC steering committee and managed associated projects (Ambient Agoras, Amigo, …). Since 2007, Norbert works on citizen-centered design of our future cities as Humane, Sociable, Self-aware, and Cooperative Hybrid Cities, moving beyond ‘smart-only’ cities by redefining what he calls the ‘Smart-Everything’ Paradigm. The work on Smart Hybrid Cities and as a special case Smart Airports is guided by the objective to develop a Humane, Sociable and Cooperatice Hybrid City. This involves also work on automated driving and artificial intelligence as well as privacy issues in hybrid urban environments. A more recent activity addresses issues of Smart Islands.

(* This list does not cover his research as a physicist working on general relativity theory, differential geometry and elementary particle physics and no details about his initial research as a psychologist working in cognitive science focusing on memory and perception, dual task performance, problem solving and knowledge representations.)

Norbert Streitz has published or co-edited 36 books/proceedings, 2 special issues of journals, and authored/ coauthored about 170 papers published in prominent peer-reviewed journals and proceedings of respected national and international conferences or as invited book chapters. An overview of most of his publications and their citations can be found at Google Scholar (h-index = 41, i10-index = 80, and 7600+ total citations) and ResearchGate.

Web version of the Interactions magazine:

From ‘Smart-only’ Island towards Lighthouse of Research and Innovation.

Norbert serves on program and organization committees of many international conferences and editorial boards of journals, e.g, JAISE (Journal of Ambient Intelligence and Smart Environments), JAIHC (Journal of Ambient Intelligence and Humanized Computing), ADCI (Advances in Computational Intelligence), HISI (Human-Intelligent Systems Integration),
MTI (Multimodal Technologies and Interaction), UAIS (Universal Access
in the Information Society) and previously ACM TOCHI (ACM Transactions on Computer-Human-Interaction) as well as for the recently established Springer Book Series in Adaptive Environments. He was also appointed as a member of juries for design and software competitions as well as project reviewer and evaluator for national and international science and funding foundations and the European Commission. He is regularly asked to present keynote speeches, invited talks and tutorials at scientific as well as commercial events in Europe, USA, South America, Middle East (Qatar), Malaysia, Singapore, Hongkong, China, Korea and Japan.

Special Issue (Festschrift) in the International Journal Universal Access in the Information Society published by Springer: “The Streitz Perspective: Computation is Ubiquitous, Yet Must be Designed for Human Use -
A Festschrift for Norbert Streitz”. Guest Editor: Daniel M. Russell

"An Interview with UbiComp Pioneer Norbert Streitz" by Nigel Davies (Editor in Chief) published in IEEE Pervasive Computing, January-March 2012, pp. 62 - 66.
(special issue dedicated to 20 years after Mark Weiser's vision was published as
"The Computer for the 21. Century" in Scientific American, September 1991),

Norbert Streitz is a member of the European Japan Experts Association (EJEA).

Norbert Streitz is a member of the Steering Committee of the International Joint Conferences on Ambient Intelligence series which is instrumental for organizing the last AmI Conferences, e.g., AmI 2010 in Malaga, AmI 2011 in Amsterdam, AmI 2012 in Pisa, AmI 2013 in Dublin, AmI 2014 in Eindhoven, AmI 2015 in Athens, AmI 2017 in Malaga (where he was also the Honorary Chair and opening Keynote Speaker), AmI 2018 in Larnaca (Cyprus) and AmI 2019 in Rome.

Norbert is also on the Advisory Board of the FORWARD Project on "Fostering Research Excellence & Innovation Capacity in the Outermost Regions of Europe" (funded by the European Commission in the Horizon 2020 Programme).

In the past, he served on several project advisory or evaluation committee boards. Selected examples from recent and past activities: in 2019, he was the Chair of the Review Panel for the evaluation of the ENABLE Programme "Connecting Communities to Smart Urban Environments through the Internet of Things" funded by the Science Foundation Ireland (SFI). In 2011 and 2012, he was on the Evaluation and Review Board of the Keio-NUS CUTE Center (Smart Systems Insitute) in Singapore, operated by the National University of Singapore (NUS) and Keio University, Japan. Norbert participated also in the Frankfurter Zukunftsrat (a future think tank), and the Future Network/Future Convention, both based in Frankfurt.

He was or still is active in various special interest groups (some of them were initiated and chaired by him) on Software-Ergonomics, Human-Computer Interaction, Hypertext/Hypermedia, Computer-Supported Cooperative Work, Work and Organisation Psychology in different scientific organizations, e.g.,

Selection of Current and Past Research Projects

Norbert and his different interdisciplinary teams have carried out a number of research and consulting projects for various clients and sponsors in industry or via public funding agencies (e.g., European Commission, National Foundations). Examples of current and past projects (listed only since 1997) are: